The horoscope reveals the shape of time. As the Greek meaning of the word indicates, the horoscope allows us to look into (“skopein”) the hour (“horos”). In every moment the potential of its unfolding is contained, just as the seed already carries the shape of the finished tree. Whenever something comes into the world for the first time, the astrological constellations show the essence and the possibilities of development. The horoscope is universal. It can be drawn not only on the birth of a human being, but on all manifestations of world affairs: events, ideas, the founding of states or organisations, products and patents, movie premieres, first viewings of houses and apartments, job interviews and much more.

Astrology as the oldest System Theory of Mankind

At schools and universities, we learn a wealth of different methods and approaches to deal with these phenomena. Take a plane crash, for example. The technical side of this event is explained with theories from physics and chemistry. In the case of a terrorist attack, psychological, sociological and perhaps even religious theories are added. The economic damage is dealt with by financial experts, the influence of the plane crash on share prices by stock market analysts. If unusual weather phenomena were the cause, the meteorologists come into play. If there are survivors, medical doctors are also interviewed about the event, and so on. The plane crash is examined by all these experts from hundreds of different angles, methods and theories. As a rule, all these theories are hardly compatible with each other. The technical cause is viewed from a completely different logic bubble than the psychological motives or the economic consequences of the event. A hullabaloo of the most diverse paradigm systems pounces on the event to dissect it and explain it under the spell of their own perception glasses. But each expert remains trapped in the logic bubble of his or her discipline.

Modern systems theory tries to build a bridge here and creates a superordinate thought structure that connects all these different logic bubbles. So far, however, this attempt at interdisciplinarity has led mainly to an arsenal of bloodless empty phrases that fit everywhere but are rarely of any concrete use in daily work. They resemble a foreign language that no one speaks or which, with terms like “holistic” or “sustainable”, primarily serves decorative purposes. 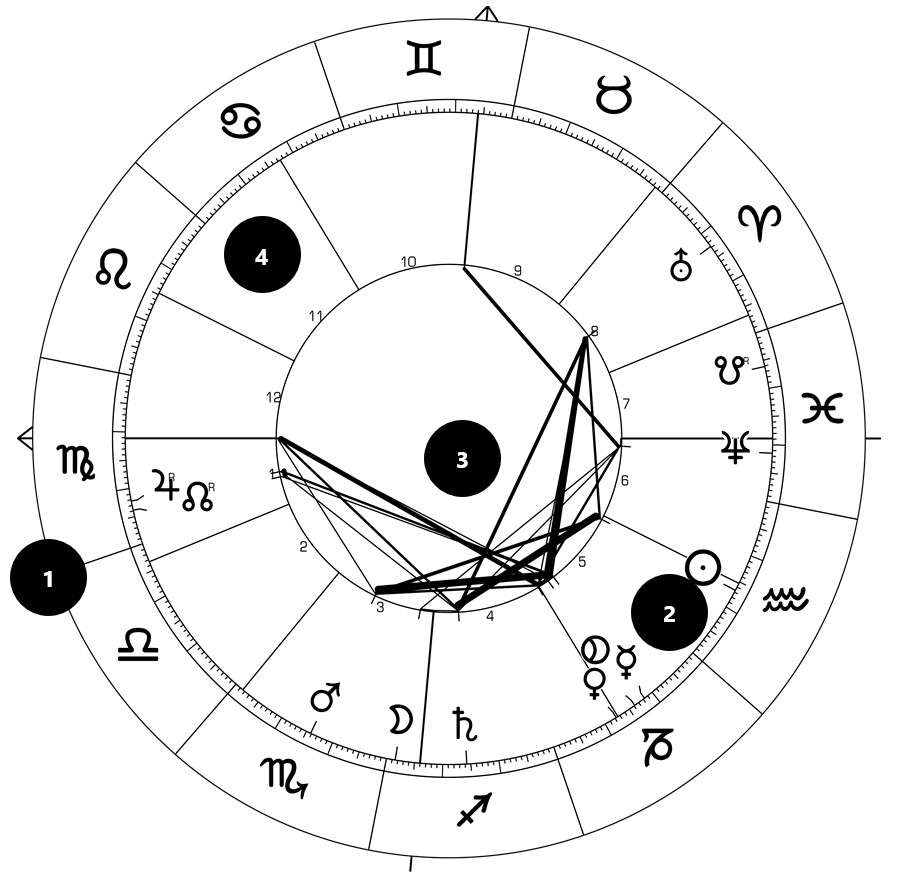 The situation is quite different with astrology. Its language has evolved over thousands of years directly from human experience. It works with archetypes and symbols that have a strong emotional charge. Their meaning can therefore be grasped very intuitively, largely independent of education or cultural conditioning. Its language is universal, which is also reflected in the fact that it is deeply anchored in the most diverse cultures and epochs. Of course, astrology is constantly adapting its form to the Zeitgeist and to new scientific findings (e.g. new planets). Nevertheless, a modern astrologer from New York would easily be able to exchange ideas with an Indian astrologer from the Middle Ages or a Renaissance astrologer from Bologna. Standard works of astrology such as the Tetrabiblos by Ptolemy (100 – 160) or the canon of doctrine by Al Biruni (973 – 1048) or William Lilly (1602 – 1681) have largely retained their validity and applicability to this day. There is no other system of thought in the world that forms such a lasting constant over many centuries and cultural circles.

Not only the language and content of astrology are universal, but also its system. The horoscope can not only be applied to the most diverse phenomena of our world. It also equally contains the perspectives of the most diverse disciplines. To return to the example of the plane crash, the horoscope shows not only the timing but also the technical, psychological, sociological, economic and other implications of the event. The entire morphology of the crash is contained in the horoscope. For this purpose, an extremely sophisticated tool is available, which goes far beyond what is popularly known as the “twelve Star Signs”. The astrological model is a complex archetypal system theory which offers an almost infinite number of possible combinations.

The Elements of the astrological System

Every system needs an anchor point as a basis. The coordinate system of astrology is the zodiac, clearly defined by the four astronomical fixed points of the equinoxes in spring and autumn (0° Aries – 0° Libra) and the solstices in winter and summer (0° Capricorn – 0° Cancer). A coordinate system also needs a regular grid. These are the signs of the zodiac, which, starting from the fixed points, form 12 segments of 30 degrees each. The zodiac must not be confused with the stellar constellations of the same name, as a popular media duck has been doing for decades, regularly peddling erroneous headlines such as “The signs of the zodiac have shifted” or “13th sign of the zodiac discovered”. Unlike the stellar constellations, the zodiac is astronomically precisely defined and perpetual, so it is ideally suited as a reference system.

The twelve signs of the zodiac are different phases of a universal cycle, which comes to life from the first beginning through growth and maturity to decline and end. This cycle can be found in the seasons or the phases of the moon as well as in the course of human lives, cultural circles, biorhythms, corporate developments and so on. The zodiac symbolizes the eternal cycle of existence.

The Planets in the Horoscope

In this coordinate system, the planets move like in a cosmic clockwork. They move through the zodiac at different speeds. The planets are the system actors, which symbolize action through their movement, the processes and procedures of the system. Each planet has its own personality, stands as an archetype for universal principles of movement, ways of acting, behaving, happening. Its nature is shaped by the sign of the zodiac in which it is currently located. It wanders through the constantly changing landscapes and sceneries of the zodiac and activates them through its presence.

The Aspects of the Horoscope

The planets are also in permanently changing relationships to each other. This is indicated by the angular distances between them, the so-called aspects, as well as declinations, mirror points and midpoints. The aspects show the complex interactions between the system actors, their exchange and their interconnectedness with each other. This permanently evolving interplay gives rise to the dynamics of life.

Ascendant, Midheaven and the Houses

Finally, this structure appears in different areas of life, represented by the Ascendant, Midheaven and House Circle. The House Circle connects the collective level of the planetary constellations with the individual personality of the horoscope. It shows in which personal areas of life the constellations are located, how the individual is coupled to the zeitgeist of his or her birth.

The horoscope is thus a complex clockwork of interlocking rhythms. This system is permanently in motion. The minute hand of this system is the progression of the Ascendant, Midheaven and House Circle, which pass through the entire zodiac once a day. The Moon needs 28 days for this, the Sun one year. Thus the planets cover different oscillation lengths up to the 248 years of Pluto and beyond (e.g. the planetoids Eris with 556 years or Sedna with 11,180 years).

The interlocking of these different cycles is so complex that there are no two moments in the history of the universe that have the same horoscope. Even in the case of identical twins who are born only a few minutes apart, there are already clear differences in the astrological signature. The same applies to two people born at the same time in different places. Each horoscope is unique just as each person is unique. There is no personality model in modern psychology that can even come close to a comparable complexity and multi-layeredness.

This methodical elegance, which unites analysis and pattern recognition with the creative act of symbolic thinking, is timelessly modern again, especially in the dawning Air Age of the 21st century. Astrology brings clarity to the complexity of existence and can show important cornerstones on the way to a fulfilling future.