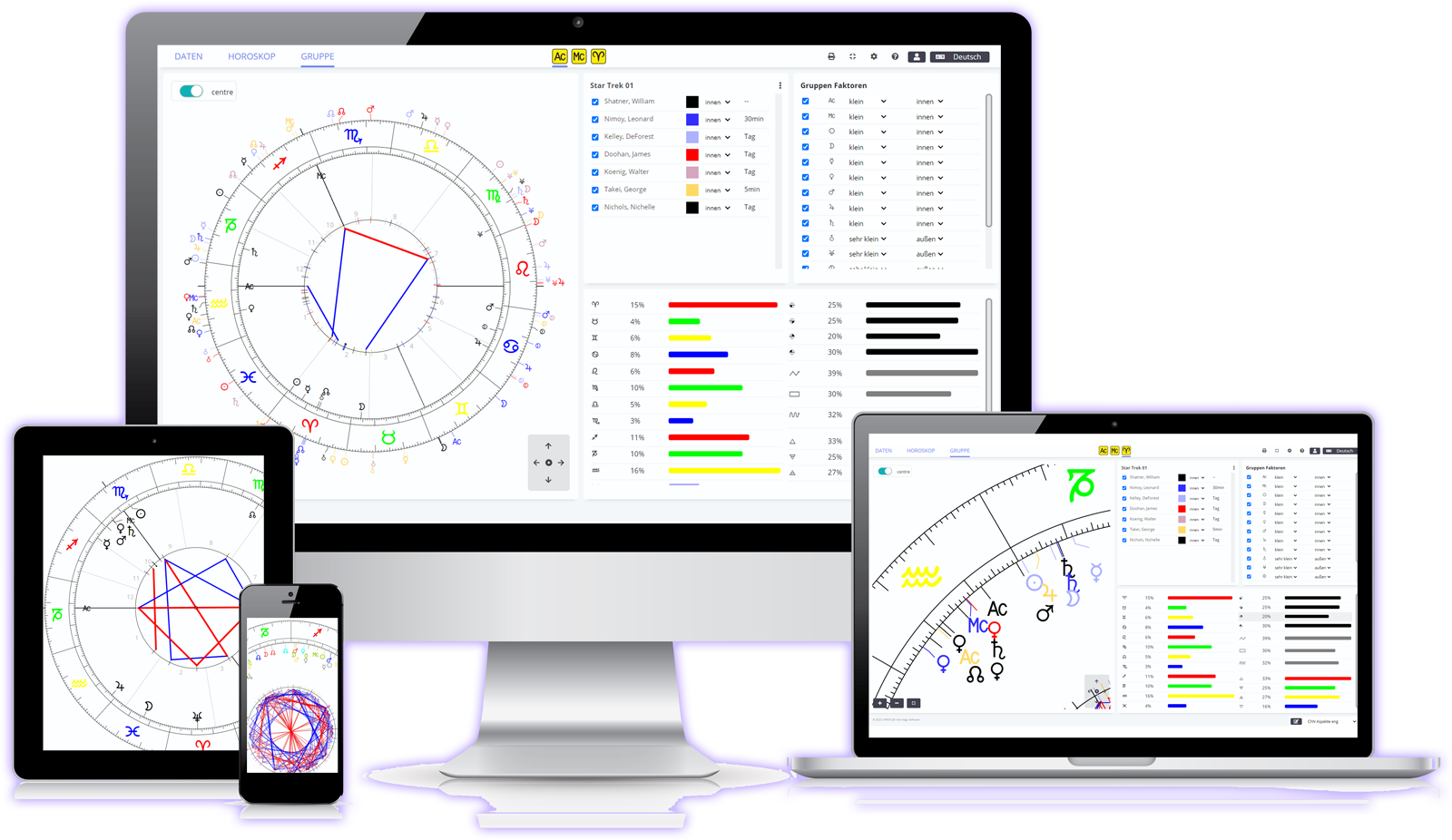 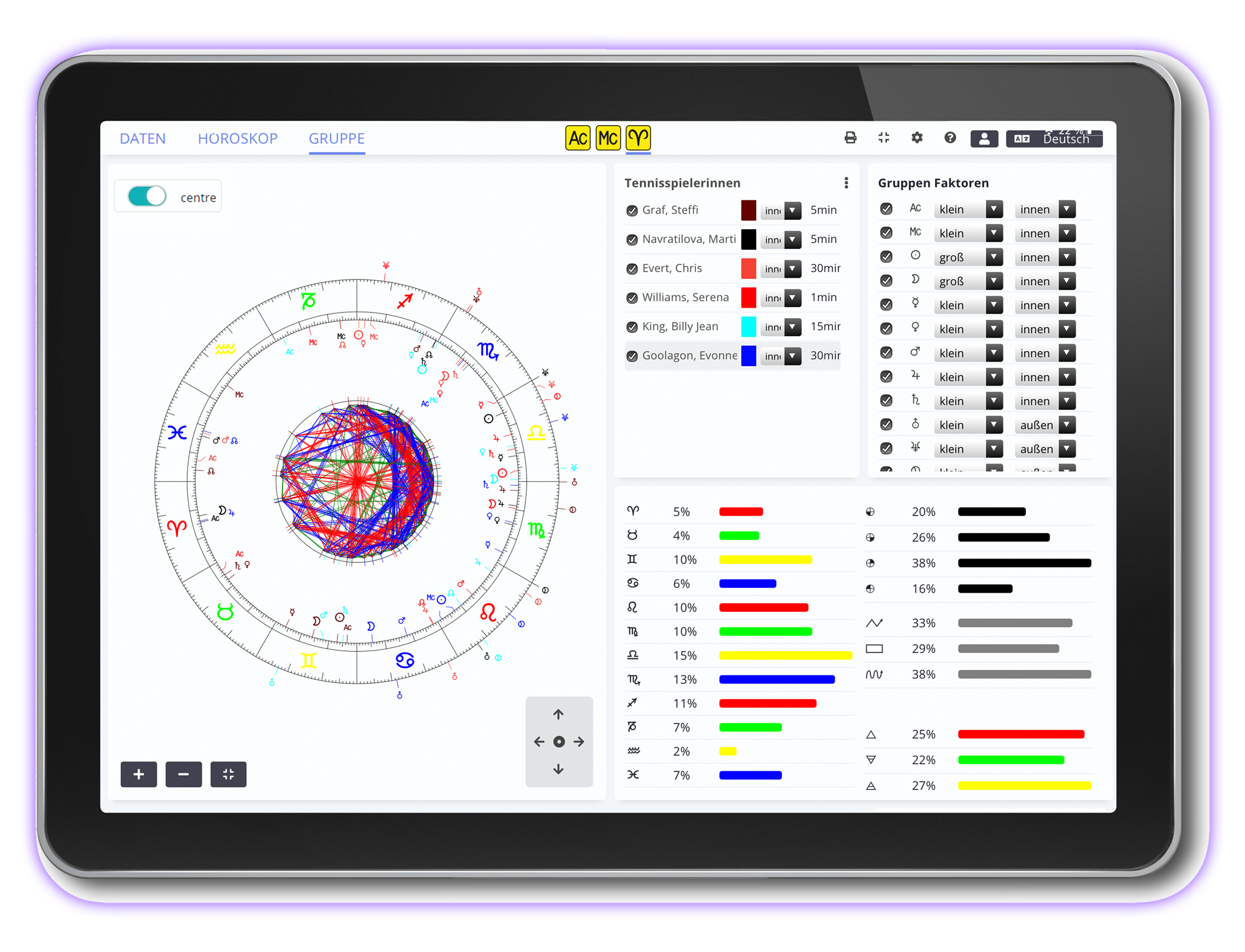 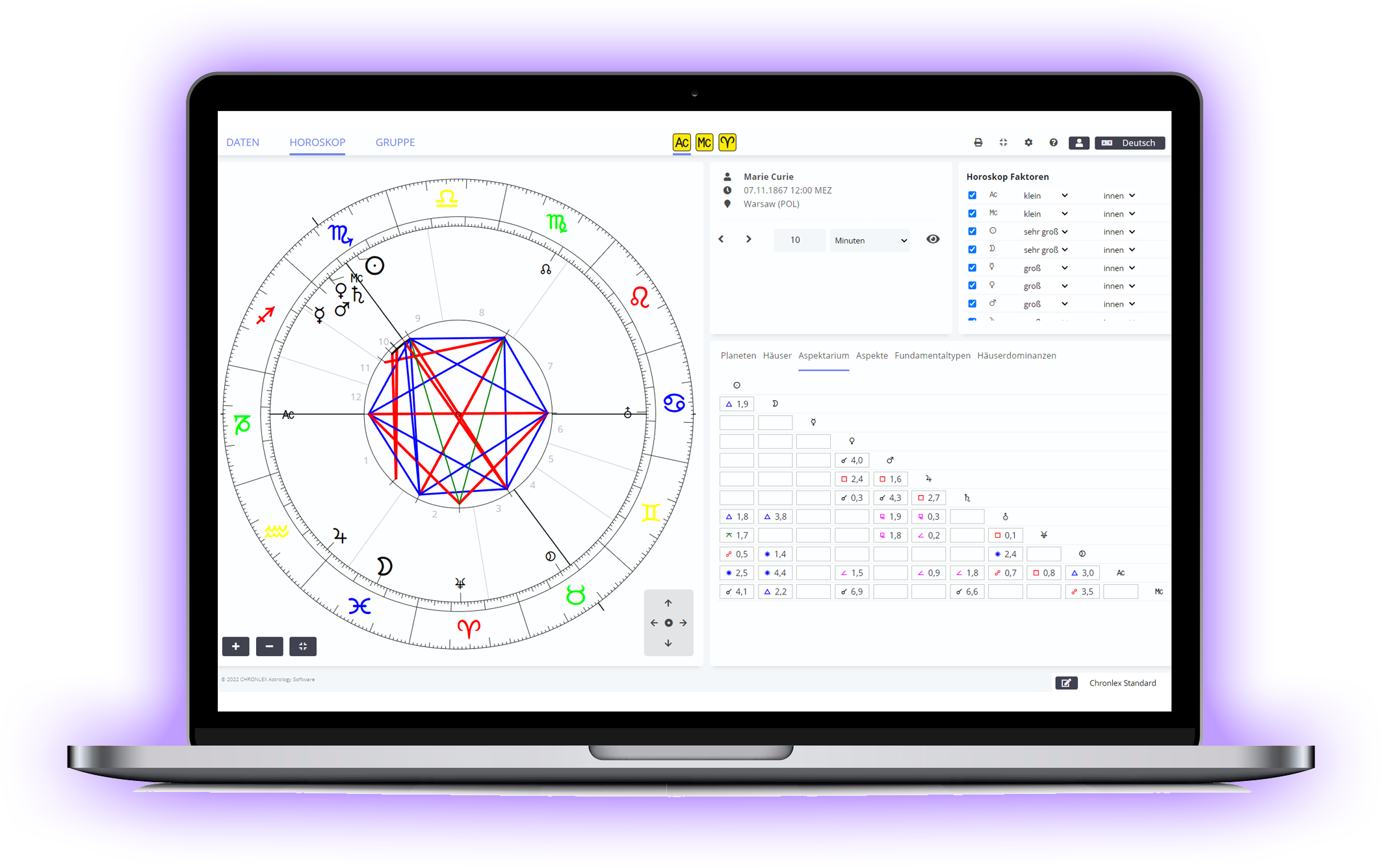 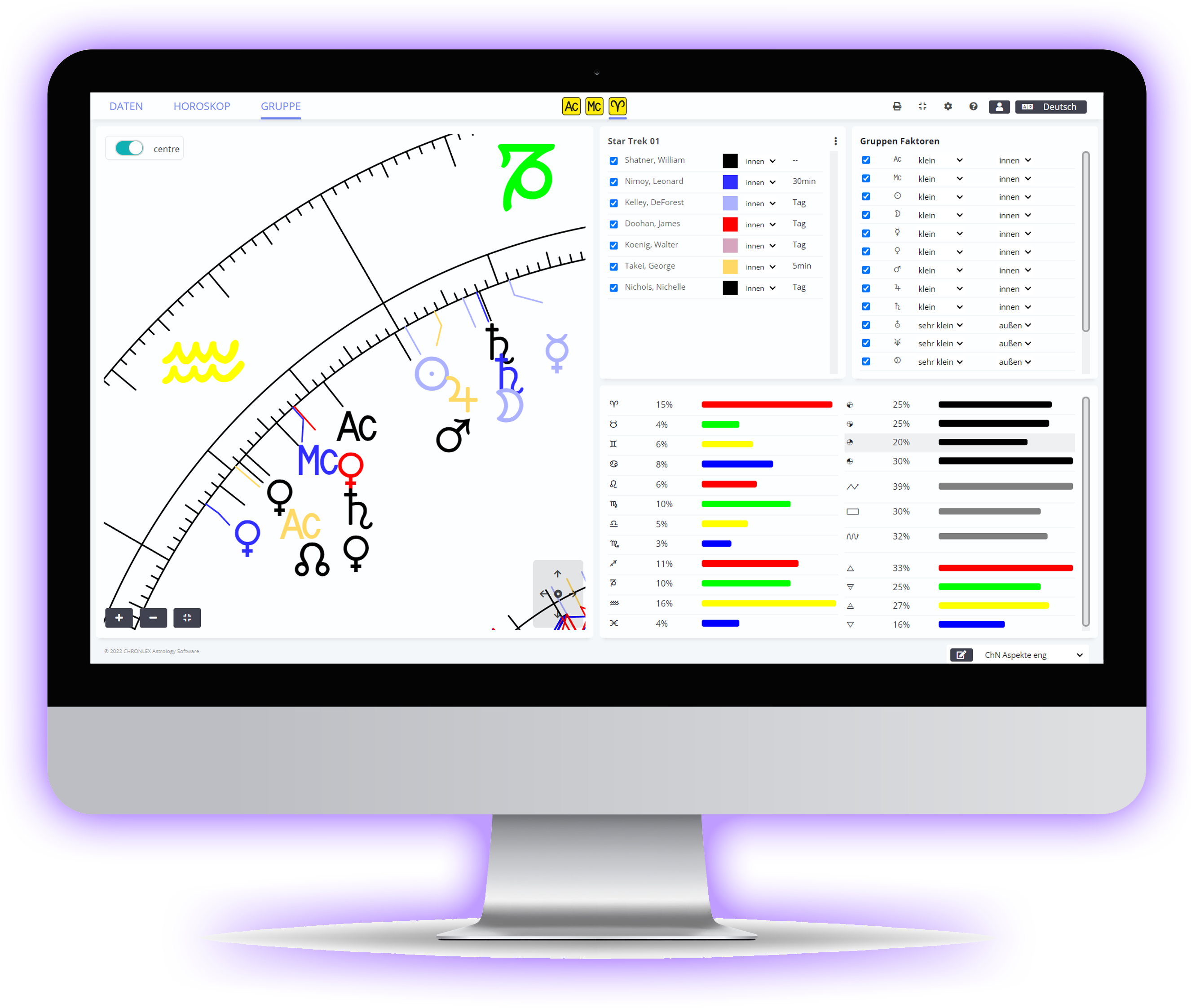 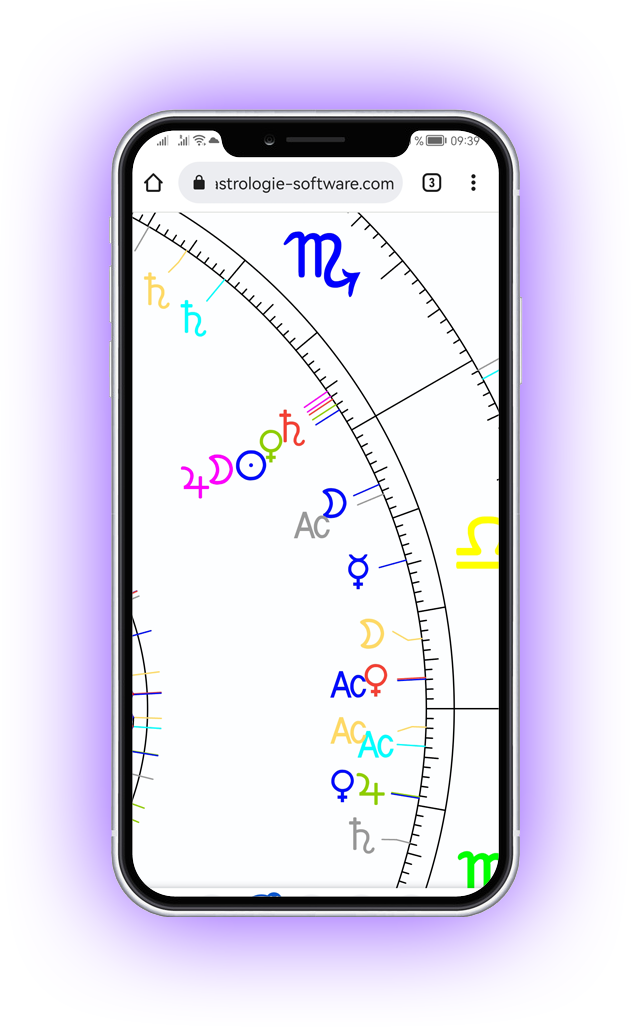 The CHRONLEX Astrology Software is regularly developed further with new functions. The great advantage of the cloud software is that you don’t have to download and install files yourself every time. The updates are made directly in the live system and are available to you immediately. Here you can find an overview of the latest updates and additions. You can reach us at support@chronlex.com

A particularly elegant feature is the possibility of displaying the planetoid ring as a separate plane in the outer circle of the horoscope. This way the chart always remains clear even when using many factors.

In addition, CHRONLEX now contains a number of new configuration sets for different planetoid groups, different aspect groups and various schools such as Classical Astrology, Psychological Astrology and Uranian Astrology. This allows you to quickly change your horoscope perspectives with just one mouse click (set selection at the bottom right of the screen).

Data Import/Export via AAF: Besides numerous improvements in the programme navigation, there is now the possibility to import and export data via AAF format. If you have already created many charts in another software, you can easily export them via AAF and then import them into CHRONLEX with just one click. AAF is widely used in German-speaking countries as well as internationally. Most of the professional astrology programmes offer this possibility.

Create your personal software account with your own database for free